This article was published today on the Resource Reycycling, Inc website. We appreciate the fact that they ran this story because a good percentage of what we find in the ocean IS recyclable and thus a waste of resources. Thank you Dan Leif for working with us on this story that speaks volumes of what collaboration can do to help right a fixable environmental issue.


Hitting the water for awareness around marine debris
Posted on  July 6, 2017
by Bonnie Monteleone, University of North Carolina, Wilmington

Imagine motoring across the cobalt blue waters of the Atlantic and gazing out over the bow in search of a leviathan. You are in good company with teammates armed with hand nets and an experienced captain who knows these waters better than any scientist.


This is what the competitors in the first ever Fishing4Plastic Tournament off Beaufort, N.C. experienced in early June. The leviathans were spread out in every direction, and by the end of the day 181 were captured. But these weren’t whales or other sea creatures – they were misplaced pieces of the waste stream, some of them valuable recyclables such as plastic bottles and containers, glass bottles, aluminum cans, cardboard and even a wooden pallet.
When the final haul was analyzed, organizers discovered 35 percent of the discards “caught” by participants was recyclable material. The tournament was the last opportunity to stop it from becoming an environmental hazard instead of a resource. And the event also served as a unique platform to get local residents to better understand the repercussions of improper material handling.

The Fishing4Plastic day was hosted by the nonprofit group Plastic Ocean Project and sponsored by Blockade Runner Resort. And it grew out of nine years of research done at University of North Carolina Wilmington on plastic marine debris.

The event was a joint effort, bringing fishing charters and community members together for an offshore ocean cleanup. Six charters carried 33 participants to areas where trash tends to accumulate off the North Carolina coast.
Probably the most alarming debris found was the 27 helium mylar balloons and the 20 fragments of latex balloons with their plastic string, which measured a total of 178 feet. These balloons eventually lose their helium and end up in the water column, where they mimic jellyfish and other marine life. Jellyfish are an important dietary element for sea turtles, sunfish and other species that
cannot distinguish between food and plastic. The plastic strings, meanwhile, can cause entanglement that abrade lethal wounds to fish, birds, cetaceans, and reptiles.

Seeing the items in the water and understanding how they affected the ocean ecosystem helped community members know what they need to focus on to reduce the harmful impacts of plastics in the marine environment. But organizers also made sure to infuse some excitement and fun into the program. The teams on the water competed for prizes, including DryCase headphones and DECA 10L bags. Simultaneously, a competitive cleanup took place on land, and while 96.3 Thunder Radio broadcasted live, numerous activities and learning opportunities took place at the North Carolina Maritime Museum in Beaufort.
In addition, Pine Knolls Shore Aquarium and the Monofilament Recovery & Recycling program shared information on the dangers of plastics in the ocean while kids created art with plastics at the Duke Marine Lab table. PK Clean Technologies used a Coyle LLC solar panel as an energy source to demonstrate how plastic can turn back into oil. Sierra Club educated visitors on other rising ocean issues.

At approximately 2 p.m., the competitive teams ventured back with their “catches.” Between the tournament and the land-based beach cleanup, the event helped to collect nearly 300 pounds of garbage from the Beaufort area. The winning team was the Crystal Coast Waterkeepers, captained by Justin Hill of Family Time Fishing Charters. LaNelle Davis won the prize for most collected material in the land cleanup.
The event was a huge success because of the support of the charter captains (who gave up a good fishing day to benefit the environment), the financial sponsors and the North Carolina Maritime Museum, which offered up critical space.

Plastic Ocean Project hopes to turn this into an annual tournament in more communities. It is truly the last opportunity to stop the flow of plastic already heading to ocean gyres.
Bonnie Monteleone works in the Department of Chemistry & Biochemistry at the University of North Carolina, Wilmington and helps run the Plastic Ocean Project. She can be contacted monteleoneb@uncw.edu. To learn more or get involved with Plastic Ocean Project, visit our website at plasticoceanproject.org/get-involved.html.
The views and opinions expressed are those of the author and do not imply endorsement by Resource Recycling, Inc. If you have a subject you wish to cover in an op-ed, please send a short proposal to news@resource-recycling.com for consideration.

Fishing 4 Plastic out in the open ocean 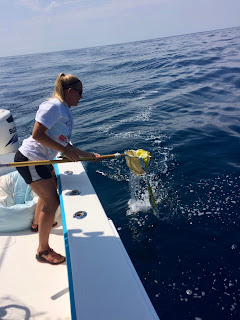 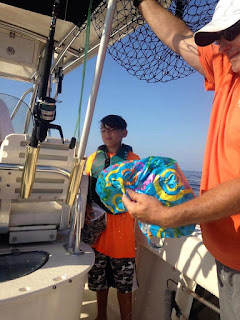 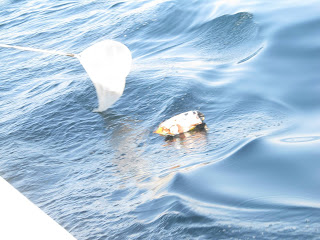 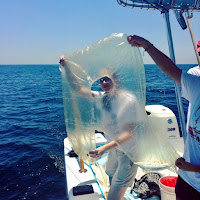 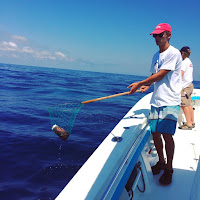 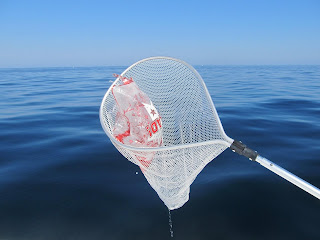 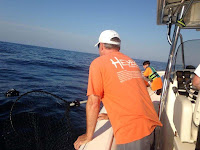 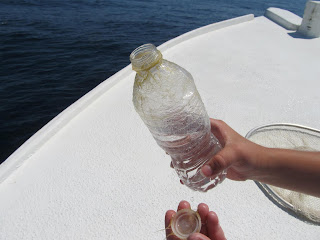 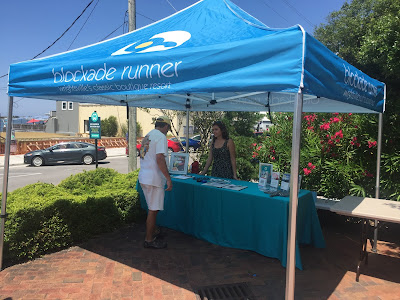 Posted by theplasticocean.blogspot.com at 2:17 PM 7 comments: